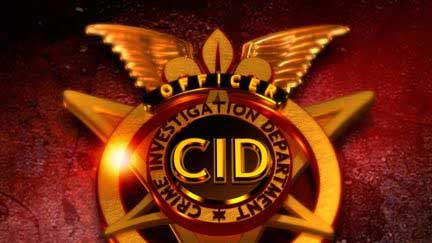 The series stars Shivaji Satam as Assistant Commissioner of Police (ACP) Pradyuman, Senior Inspectors Aditya Srivastava as Abhijeet and Dayanand Shetty as Daya as the main characters, Inspectors Dinesh Phadnis as Fredricks, Hrishikesh Pandey as Sachin, Ansha Sayed as Purvi, Janvi Chheda as Shreya, and Sub-Inspectors Abhay Shukla as Nikhil, Ajay Nagrath as Pankaj portray major supporting characters and Narendra Gupta as Dr. Salunkhe, Shraddha Musale as Dr. Tarika are forensic experts. These characters have risked their lives multiple times to save the dignity of the C.I.D. team and to solve the respective cases.

Series creator, B. P. Singh, started working on the concept of C.I.D. while he used to work as a cameraman at Doordarshan, for ten years between 1973 and 1983. He said: “I was a news camera-man and handled the camera for about 10 years. Thereafter, I started getting an urge to break free. I thought I could see the scenes from a different and maybe better perspective. I asked Doordarshan if they were interested in serializing some detective stories. I started doing some groundwork by meeting some detectives, etc.”

Thereafter, while preparing for his film, Sirf Char Din (a murder mystery), he used to visit the Crime Branch. While there, he interacted with many officials, and was intrigued by the on-going cases, the style of the detectives, and their modus operandi. He started reading detective novels, written by Shrikant Sinkar, and greatly liked his style of writing. Inspired by all of this, he started toying with idea of creating a detective TV series. Singh had already made six episodes in 1986, twelve years before the premier of the show, and nine years before Sony TV was launched in 1995. He did not do any research or surveys before the series conception and has intended to keep the episodes’ storylines simple.

Marathi theatre veteran, Shivaji Satam, who plays ACP Pradyuman, had worked with B.P. Singh on many projects before joining C.I.D.. “Having worked with B.P. on so many projects, I had to be part of C.I.D.,” said Satam. Dayanand Shetty (Daya) was spotted by Sanjay Shetty, a member of the C.I.D. production team, in a community play, in which Daya was adjudged best actor. Singh was so impressed with Shetty that he finalised him five minutes into the audition. His character is amongst the most popular ones in the series along with Satam’s character, Pradyuman. Aditya Srivastava who portrays Abhijeet, was introduced in the show as a criminal but was later added into the C.I.D. team. “I had agreed to only 26 episodes. In 1998, I was also doing some films, but BP sir gave me the flexibility to come and go as I felt like. But I began to enjoy the role of Abhijeet, and so stayed on,” said Srivastava. Singh wanted Srivastava to be part of his team after seeing his work in Ram Gopal Varma’s Satya.