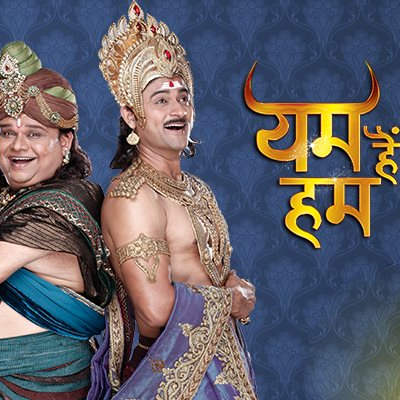 Sarika fixes cameras in her home, and acts like Abhy is torturing her. She records her tears and shouts to show it to the world, and get free from her marriage. Saurabh calls Shobha and says she and Vikram have made Sanjay helpless and he has left the house, she is blind in Garima’s love and did not think about Sanjay once, if they take any wrong step, he will not leave her and Shobha. Ajay meets Tarun in the jail. Tarun asks him to find the girl soon, as only she can get him out of jail. Tarun is shocked seeing the girl, who was with Samarth in that video clip. Tarun convinces her to give statement in Samarth’s favor and get them free and threatens her. She agrees and Ajay takes her to safe place.

Ajay blackmails Samarth and asks him to get him married to Garima, else he will not bring the girl to give statement. Samarth agrees and says he will talk to Shobha and Sharda. Tarun asks Ajay to take her to Ketan and make an affidavit. Shobha tells Vikram that Garima has run away from home yesterday night. She cries and says Garima left a letter and said she is going to meet Sanjay. He asks is she sure, as he has met Garima at night, and she said she is going for trekking. Nani asks her not to worry. Vikram says he will find her, and calls Ketan for help. They go to marriage registration office in family court and spot Garima and Sanjay.

Shobha hugs Garima and asks her to wait and they promise they will get them married by all rituals and fulfill their dreams. Garima cries and apologizes. Vikram asks Sanjay to tell Saurabh what he feels for Garima, and tells about losing love, and the pain that becomes a part of life. Shobha and Garima looks on.Shobha feels Vikram’s pain. Sanjay gets on the height and threatens of suicide asking Saurabh to agree for him and Garima’s marriage. Saurabh loves Sanjay a lot and agrees to Sanjay. Shobha meets Samarth in jail. Samarth says Ajay is right for Garima, she will marry Garima and then free me. Shobha says no one is talking about Garima, how can you make her marry against her wish. Samarth taunts her about her boss.

She argues asking whats the connection. He smiles and says he understands she is having an affair with her boss. She says you are disgusting. He scolds her and says don’t spoil things, and don’t oppose. Sharda fixes Ajay and Garima’s engagement as suggested by Samarth. Sharda is happy with this relation and does not care about Sanjay. Garima forwards her hand on mum Sharda’s insistence and shows it wounded. Shobha asks what happened. Garima says she got hurt. Ajay understands Garima’s plan and asks her to show her cut finger. Garima opens her bandage and shows her finger cut. Shobha is shocked. Sharda says its deep cut. Shobha says she will take her to doctor. Ajay says he will make her wear ring in any other finger. Shobha asks Garima how can she cut her finger.

Garima says she can do anything for Sanjay, and she knew Ajay will check her finger cut. She says she is her inspiration, Samarth did not deserve you, I pray you get someone who love you, like you love others. Shobha thinks if she finds some way to free Samarth, then maybe he will say yes to Garima and Sanjay’s marriage, I m sure he still loves Garima. She says he is in jail since months, so he is reacting this way, he just wants to come out, even I was in bad state being in jail for two days, maybe I would have reacted same way. Sharda tells Samarth about Shobha showing concern for Garima as if they don’t care. Samarth says Ajay is getting a lawyer for me, if everything goes well, I will come out on marriage day.

Vikram tells the plan to keep Garima and Sanjay’s marriage before the fixed date with Ajay. Garima says mum will blame Shobha. Shobha says she does not care and agrees for it. Ajay comes to meet Garima and sends Sharda out. Sharda takes Shobha for shopping. Ajay molests Garima and she tries escaping. She calls Shobha and Shobha hears her screams. Shobha rushes back home, and beats Ajay to save Garima. Sharda comes after her and is shocked seeing Ajay hurting Garima. Garima breaks down and Shobha hugs her. Garima gets annoyed with Sharda for letting Ajay come home. Sharda apologizes to Garima.