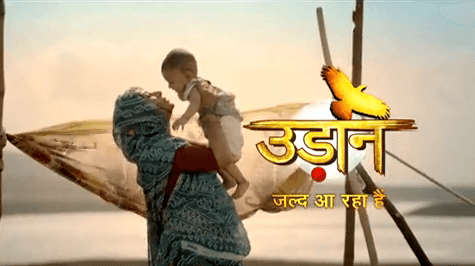 Udaan Watch online Colors Tv is ready to launch three new shows this week. Udaan Sapnon Ki is the first in row which has been released by Colors Tv in the first week of June, 2014. The new show Udaan Sapnon Ki will be presented under the banner of Guruodev Bhalla Productions, which has been recently launched by Guroudev Bhalla. He was previously the part of ‘Walkwater Productions’. Dhawal Gada will be his partner in this venture, who is the son of ‘Pen India Pvt. Ltd’ fame Jayantilal Gada.

The story of new Colors Tv show Udaan Sapnon Ki moves around social scenario. The plot of this serial is based on a few children of the village in Uttar Pardesh, who are bonded as child labor in the hands of some rich landlords of that village.

Star Cast
Suhasini Mulay: The veteran artiste Suhasini Mulay has to play a major role in Udaan Sapnon Ki serial. She has been seen in many Bollywood movies. She is not new to television screen. Suhasini has played an important role in ‘Desh Ki Beti Nandini’ as Rani Ambika Devi Raghuvanshi (Dadi sa). Now she has been roped to play the character of eldest lady of the house.

Lubna Salim: The talented Lubna Salim made her debut on small screen with serial ‘Bharat Ek Khoj’. She was lastly seen as ‘Yashoda’ in serial ‘Mera Naam Karegi Roshan’on Zee Tv. Now she will be part of Udaan Sapnon Ki Serial.
Kiran Karmarkar:According to some news, Kiran karmarkar also has been selected to play a role in Udaan Sapnon Ki. He is famous Bollywood and Tv actor. Kahaani Ghar Ghar Kii was his famous Tv serial, which came in early years of his television career. Talented Kiran Karmarkar has been awarded several times for his performance in Tv serials.
Roles of Children in Udaan Sapnon Ki: Some child artistes have to be selected for Udaan Sapnon Ki serial. According to news, the makers of serial are thinking on few names like, Prithvi Sankhla and Spandan Chatuvedi. We will soon update here, after they will finalize their roles in Udaan Sapnon Ki.
Time and Schedule