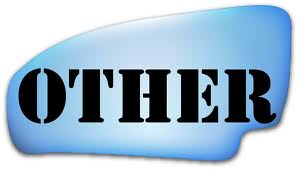 Hungama TV is a TV channel for kids in India based in Mumbai. Originally a subsidiary of UTV Software Communications launched in 2004, the channel was sold to Disney in 2006.[1]Ironically, Disney bought UTV in 2011. The channel helped to increase Disney’s presence in India. Hungama is now an operating unit of Disney Channel Worldwide. It is aimed primarily at children and preteens (ages 4-14), available in three languages (Hindi, Tamil and Telugu).

ETV Marathi is an Indian television channel that primarily broadcasts Marathi entertainment based in Pune.The Channel gained popularity with its Longest running Daily Soap Char Diwas Sasuche that has completed 11 years & more than 3000 episodes. ETV Marathi is one of the private owned successful Marathi Channel.

Mahuaa TV is a Bhojpuri language General Entertainment television Channel, the first of its kind. With an attempt to unlock the Bhojpuri heartland, the channel seeks to recognize and meet the needs of the Bhojpuri audience across the length and breadth of India. Mahuaa is the only Bhojpuri GEC in the world, presenting a strong local essence for its viewers, capturing the culture and tradition of the Bhojpuri heartland. The channel offers a blend of programs with elements such as entertainment, music, travel, religion, feature films, documentaries, reality television and more. As a 24X7 GEC, Mahuaa has created a brand and a market for Bhojpuri entertainment, as a result of which a number of broadcasters have come to the fore. With a bouquet of over 300 Bhojpuri films, the channel has struck a chord with the diverse masses of the country. Mahuaa is committed towards building a better working world for the community at large, and its reputation is built on the way people within the organization interact with entities in the immediate social environment. As an enterprise born out of a desire to revive and portray Bhojpuri sensibilities on a realistic canvas, Mahuaa has established itself as a channel which the average television viewer looks forward to. ‘Dhadkan Manoranjan Ke’ is an expression of the unrelenting desire of the Mahuaa family to continue presenting wholesome entertainment and educative programs, exploring newer horizons on a daily basis.