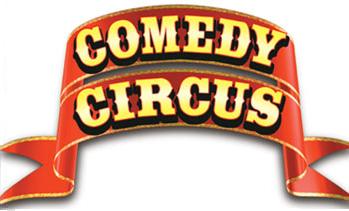 It was the third season of Comedy Circus titled as Kante Ki Takkar was judged by Archana Puran Singh and Shekhar Suman and was hosted by Purbi Joshi. It featured the competition amongst the contestants that were from Comdey Circus 1 and Comedy Circus 2

Chinchpokli to China was judged by Archana Puran Singh and Shekhar Suman and was hosted by Purbi Joshi. Child actors Nandini Kapoor and Siddharth Sagar presented special segments of comedy towards the end of the episodes as well as co-hosting the show. The alternating contestant pairs were Shweta Tiwari and Ashutosh Kaushik, Kuldeep and Roshni Chopra, Ehsaan Qureshi and Payal Rohatgi, Sucheta Trivedi and Paresh, VIP and Shweta Gulati, Ali Asgar and Kuldeep, Swapnil Joshi and Sharad Kelkar, Kavita Kaushik and Rajiv Nigam, Kuldeep and Rajiv Nigam, Shailesh Lodha and Neha Marda, Mona Singh and Rehman, Khayali and Nigaar Khan, Rehman and Sucheta, Kuldeep and Sucheta.

After the third season billed as Kaante Ki Takkar followed by a non- competitive comedy show Comedy Circus – Chinchpokli To China the show returned again as a competition again but unlike the earlier 3 seasons there were no eliminations and the total score during the whole series was taken into account to find the winner. This was in accordance to the title of the show 20–20, where the participants played their innings(performance) and earned runs (scores by judges).

Besides the participants, the show also had celebrities and comedians from previous seasons making cameo appearances, often under disguises. The show would end with a sequence named “extra innings” where V.I.P. & Prince played a comedy skit.

Comedy Circus Ke Mahabali is the newest season of Comedy Circus which started on 26 July 2013 with auditions taking place in Lucknow and Amritsar. The first episode aired on 2 August 2013 with host Shruti Seth returning for another season. The judges will be yet again Archana Puran Singh as well as Sohail Khan and Arbaaz Khan. Popular actress of yesteryear dance Helen (actress) was a guest judge on the show. The format of the show has two teams with Sudesh Lehri and Krushna Abhishek as leaders of one team and Bharti Singh and Shakeel Siddiqui as the leaders of the opposing team.

Each team has their warriors [“yodhas”]. Among Sudesh and Krishna’s team are their new talent from last season Siddharth Sagar paired with Rakhi Sawant and new talents who have auditioned. Among Bharti and Shakeel’s team are RJ Mantra from the previous season and Mubin who was Kapil Sharma’s new talent in the previous season. Also is Jamie J Lever who is daughter of famous comedian Johny Lever. She had auditioned as a new talent. Rajeev Goldy(Laugh India Laugh) is another new talent who had auditioned and also Khusbhoo Grewal is a Punjabi Film actress, VJ and a singer from India.