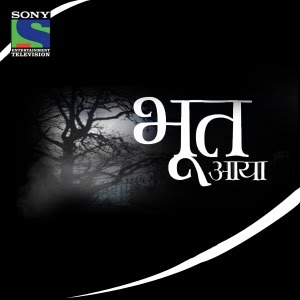 The show is produced by Akashdeep Sabir and Sheeba’s Cinetek Telefilms Pvt. Ltd. Each episode of Bhoot Aaya introduces Gaurav Tiwari and other experts from Indian Paranormal Society to explain the reasons behind such unexplained events. The show is directed by Ayush Raina who directed Horror Story (a Bollywood 2013 film), and is co-produced by Kaishav Arora. No episodes were aired on January 26, 2013 and February 16, 2013 due to “59th Idea Filmfare Awards 2013”, and Goliyon Ki Raasleela Ram-Leela (a 2013 Bollywood film) respectively. The series is expected to bring real-life stories until April 2014. There would be 24 episodes in total.

According to the show makers, horror stories, by definition, are scary but when you know they are based on real life incidents, does the fear factor increase? Based on supernatural true incidents; ‘Bhoot Aaya’ is Sony Entertainment Television’s latest offering, which attempts to explore the unexplained forces of the dark world and their encounters with humans. The show depicts real life, spine chilling experiences of ordinary people.

Movie starts in train where Pyarelal and Tina meet. Both of them get down to have some food but miss their train but some how reach Rai Saheb’s haveli. Tina’s uncle’s haveli is shown to be haunted. Initially Rai Saheb and his wife were considered one of the rich people of the village; they had a priceless diamond. That diamond attracted Jagjit and Prem Singh. By knowing this plan, Rai Saheb transfers his all secrets to his nephew Tina who used to study in London. But somehow Jagjit couldn’t get control, so he killed Rai Saheb. Mrs. Rai went to shock. Jagjit found out a girl same in looks with Mrs Chachi so he becomes Mr. Rai & that similar girl Mrs. Rai. Shakti kapoor tries to harass Tina by showing various freaky things, ghosts, but all his plans could not succeed because of Pyarelal. Tina falls in love with Pyarelal. Both start caring and loving each other. Thye came to know about Jagjit & Prem Singh’s plan. They also find there is real Mrs. Rai and help her in reviving her memory. They plan down things to first create a fight between Jagjit & Prem, and later call the police.